What’s for dinner? Balanced portions of protein, vegetables, carbs, perhaps some fruit for dessert and a side of vaccine?

Edible vaccines, pharming, plantibodies, biologics, plant-made pharmaceuticals; in the face of a media storm of agricultural vocabulary, let’s get to the root of it. The term ‘edible vaccine’ was first introduced in the 1990s by Charles Arntzen. His goal was to induce immunity to infectious diseases by simply eating a modified food item, such as rice or potatoes. This idea was ambitious but fanciful, and as is the way of life, it wasn’t quite that simple. Arntzen since said that he has “come to regret coining the term” edible vaccine, as it clouds a brilliant idea behind misconceptions.

Vaccines are used to teach the body’s immune system to recognise fingerprints, or ‘antigens’, of disease-causing microbes. When the antigen is artificially introduced in a vaccine, the body mounts a protective retaliation ‒ and it can therefore respond more quickly in case of subsequent infection by the real pathogen.

Traditional vaccines are created using a weakened, inactivated or dead form of the pathogen. Edible vaccines are genetically engineered plants expressing proteins that mimic antigens of pathogens. These plant-based vaccines avoid the risk of infection. They could be a safe, efficient and cost-effective way of producing vaccines, which would be especially beneficial in developing countries.

The first example of an edible vaccine was presented by Hugh Mason in 1992, in collaboration with Arntzen. Mason and his colleagues expressed the surface antigen of the hepatitis B virus in tobacco plants. Prior to this work, the only way to isolate this protein was time-consuming and costly, so a better option was pursued.

An example of the process for generating an edible vaccine. Source: An Overview on Edible Vaccines and Immunisation

The ideal candidates for edible vaccines are plants that can be eaten raw, because cooking can weaken their immunogenic properties. While rice, potatoes, tomatoes, bananas and carrots have been used as model systems, tobacco has proven most effective. The tobacco plant grows quickly and it is relatively easy to induce expression of an antigen gene, leading to an immune response when ingested. The irony of using a plant which usually has more insidious associations as a potential lifesaver is not lost here.

Unfortunately for Arntzen and his dream of immunisation-by-potato, edible vaccines won’t actually be in the form of the food on your dinner plate, as it is difficult to control the dose. There is still hope, however, to use plant tissue directly as vaccines, in the form of a freeze-dried powder inside capsules, or other oral administrations. This would still skip the lengthy and expensive purification step, which can account for as much as 90% of production costs of conventional vaccines. 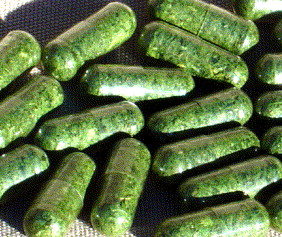 Traditional vaccines have multiple limitations. As you might be painfully aware, they are typically given via an injection, which requires trained staff and sometimes several doses. Not to mention, being poked at with a suspiciously large needle is generally not very popular. How many times have you, or someone you know, felt scared or even avoided getting your jabs? Imagine how much better it would be if you could just swallow a pill.

In 2015, more than half of the deaths in developing countries were attributable to infectious diseases that are preventable with proper immunisation. One of the main challenges for immunisation programmes is widespread distribution and administration. To maintain their protective properties, vaccines need to be kept in the so-called ‘cold chain’ at temperatures as low as -70°C. This is a problem in areas with poor electricity supply. Edible vaccines, with their superior thermostability, could be the solution.

Orally administered edible vaccines have the added advantage of bypassing a key blind spot of conventional vaccines: mucosal immunity. This refers to the immunity generated at mucosal surfaces like the intestinal lining and airways; these large areas are often where pathogens make their grand entrance and interact with our own cells.

One of the main challenges facing edible vaccines is the stigma surrounding genetically modified products. Some people fear that other plants or  food crops could become cross-contaminated, although care is taken to keep the ‘pharmaceutical’ plants separate, particularly during pollination. There is also concern that these genetically modified plants could take over scarce farmland desperately needed for food crops. However, with the infrastructure already in place, it would be easy to scale up vaccine production quickly. A recent study found that a mere 200 acres of land could provide edible vaccines for all infants worldwide.

In 2014, the drug ZMapp was developed to fight the deadly Ebola outbreak, and has since become the standard treatment for the disease. ZMapp is a ‘cocktail’ of antibodies produced in a close relative of the tobacco plant, making it a ‘plantibody’. Delivering low-cost oral vaccines is still the stuff of dreams, but plant-made pharmaceuticals show promise in being effective against HIV, hepatitis B, and perhaps even COVID-19.

If  scientists can refine dose control, delivery, and reduce development of tolerance, plant-based vaccines may start ‘cropping’ up a lot more, particularly in developing countries. In the words of Professor George Lomonossoff from the John Innes Centre, edible vaccines are combining science with gardening to save lives.